By susan hubbard on April 4, 2014 in Reading recommendations 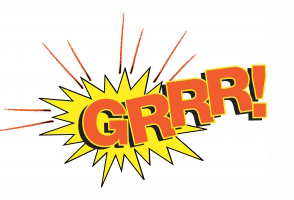 Writing murder mysteries has made it a lot harder for me to fully enjoy reading them. Like one magician watching the performance of another, I’m always looking for how the trick was pulled off, acutely aware of the sleight of hand and distractions that make a good mystery or thriller work. And when the machinery creaks and the wires show, I howl in protest.

Here are a few clunkers that really ruin a murder mystery for me:

The Dead Skunk in the Middle of the Road:The sleuth discovers something significant, but if the author allows the sleuth to immediately grasp its significance, the book would be over on page 50. So, for the next two hundred or so pages, the sleuth takes great pains to avoid that dead skunk in the middle of the road. Then, around about page 275 or so, the sleuth finally pricks up his or her nose and declares, “Hey, I smell something stinky. Why, look! It’s a dead skunk!” Meanwhile, from page 50 to page 274, the reader is shouting, “The skunk! The skunk! What about the skunk?”

The Silent Treatment: Anyone who’s ever lived with a teenager knows what it’s like to get the silent treatment. But compelling fictional characters should not behave like pouty middle-schoolers. I hate it when a mystery could easily be cleared up if the characters would simply speak to each other, but they don’t. Allowing characters to withhold information is fair play, but neglecting to let characters ask important, obvious questions makes the characters seem dumb.

The Oprah Climax: Talk, talk, talk! Whether the characters are drinking tea or knocking back scotch, I hate an ending in which everyone is sitting around chatting about how the crime was pulled off. A good climax features action, not chit-chat. A subset of the Oprah Climax is the Lance Armstrong Ending, in which the killer confesses everything he’s done to the sleuth because he intends to kill her anyway, but she doesn’t die because…

Here Comes the Cavalry!: In this scenario, our sleuth (almost always a woman) doesn’t actually solve the crime she’s been investigating. Instead, she falls into a trap (see above) and has to be rescued by (a) her boyfriend, (b) the police, or (c) the nosey neighbor, one of whom shows up in the nick of time.

So, am I just hyper-critical? Or do you have pet peeves too? Share them in the comments section.

The Comfort of the Familiar Mystery Series
Review: After I’m Gone, by Laura Lippman