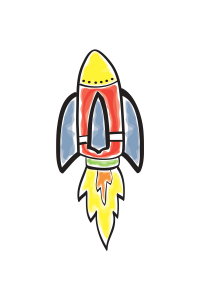 Indie publishing gave me back my writing career.

In 2006, Pocket Books, a division of Simon and Schuster, dropped its paperback mystery line and I found myself without a publisher. I wasn’t too alarmed. After all, I had beaten the odds by getting published once. I could surely do it again.

So I wrote a romantic thriller called Another Man’s Treasure about an estate sale organizer who, while cleaning out a client’s attic, finds a tantalizing clue to her mother’s long ago disappearance…with deadly results.

My literary agent sent it around to all the big New York publishers. Every editor who read it loved it. The manuscript went up the food chain at every publishing house but ultimately met with the same rejection: we don’t know how to market this book. It’s not romantic enough to be a romance. There aren’t enough serial killers and car chases for it to be a thriller. Although the protagonist is an estate sale organizer and has a dog, it’s too dark to be a cozy.

We don’t know how to find readers for this.

I had written the kind of novel I love to read: a twisty plot, fully human characters, a touch of humor. Surely there were other readers like me. I’d just have to find them.

So I decided to publish it myself. My agent said, “You’ll see. This will never work.”

But what did I have to lose?

So in 2012 I published Another Man’s Treasure with Amazon’s Kindle Direct Publishing (and the paperback through Create Space). Slowly but surely, I found readers for my novel. I found them on Facebook and Twitter and Pinterest and GoodReads. I found them on BookBub and Ereader News Today and scrolling through Amazon. I found them at book groups and library talks. I found middle-aged women just like me who are looking for a strong female character who solves her own problems. They love Audrey because she has friends and family and a career and a dog named Ethel. But she also has problems: she misunderstands her father, she clashes with her boyfriend, she worries about her employees, and she struggles to get along with her in-laws. In other words, she’s totally relatable. Also, she solves murders ☺

Since 2012, Another Man’s Treasure and its two sequels, Treasure of Darkness and This Bitter Treasure have been downloaded nearly a quarter of a million times. I’ve made more money from these books than from any of my traditionally published books. And I’ve had the satisfaction of controlling my own destiny. When a marketing technique works, I keep doing it. When a technique fails, I try something new.

Thank you, traditional publishing for rejecting me. Thank you, Amazon for bringing me in contact with my tribe, my devoted readers. I’m proud to be powered by indie.