By susan hubbard on April 24, 2014 in Uncategorized 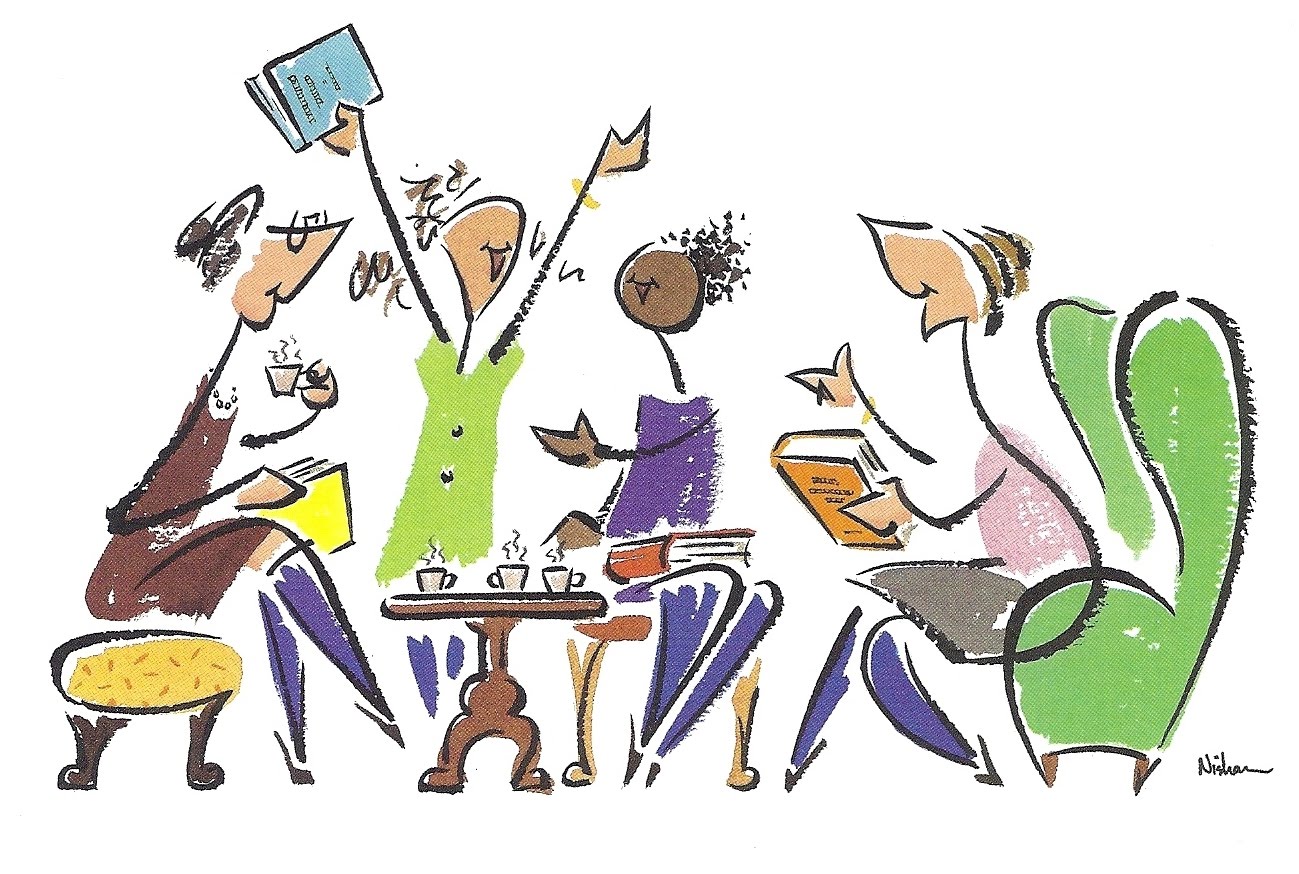 What is it about women and book groups?

I’ve belonged to my book group for ten years. As an author, I’ve visited many more–some that are run with as many regulations as the FDA and some that are as free-form as a Unitarian wedding. But they have one thing in common: they’re all made up of women. Middle-aged women.

Why do women gravitate to book groups?

Women like to talk about people and relationships; men don’t. My husband once went out drinking with a friend who’d just broken up with his wife. When he came staggering home at 2AM, I jumped him with questions. What went wrong in their marriage? Was there a third party? Was Ed depressed? I don’t know, I don’t know, I don’t know was all I got in reply. Finally I demanded, “Well, what on earth did you talk about?”

Women, even Wall Street women, never go out with their friends and talk about interest rates. When we’re in our teens and twenties, we gather to dissect the signals emitted by the guys we’re dating, the guys we wish we were dating, and the guys who dumped us. In our thirties, we gather to discuss our bosses, our new husbands, and our new babies. But by the time we reach our forties, fifties and beyond, we’ve pretty much got the people we actually know figured out. Or, we’ve given up on figuring them out. What relationships are left to discuss? Fictional ones, of course!

Why did the mom in Room push her son away after the escape? How much did the father know in Defending Jacob? What made the wife in What Alice Forgot change so much? Did he or didn’t he in In the Lake of the Woods? Most of all, what would we ourselves do in those situations?

As we move through life, so many of our friendships are formed by proximity: college dorm-mates, work colleagues, neighbors, parents of our children’s friends. I value those friendships, but my book group friends are special. We come together every month (and we never miss) to escape the people and problems we really know in favor of people who’ve come to life on the pages of the books we read. Husbands and children sometimes dart through the meeting, but they quickly scurry away. This is not their time. After a few “how have you beens?” we dive in and discuss, and our opinions of fictional characters are never rejected as interfering and judgmental and clueless. We disagree, but we never fight. We never tune one another out.

7 Responses to What is it about women and book groups?